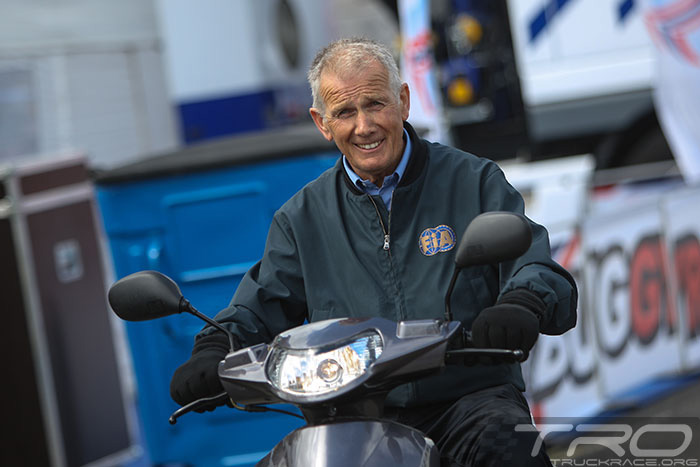 We have been informed this Friday, 10th of January 2014 about the death of Ross Garrett. The truck racing world is in mourning because Ross was really respected. Until last year he did a great job as technical delegate of the FIA, despite his illness.

TRO presents its sincere condolences to his wife Sue and his family. Tony Iddon, race Director of the FIA for Truckracing wrote us these words to announce the sad news: “On behalf of Sue Garrett and her family I regrettably have to inform you that Ross died this morning. We are all aware of the way Ross conducted himself during his illness over the last 2 years. He fought bravely without complaint and attended all of the races and virtually all the meetings. His heart was in truck racing and his friendship extended to all those involved in the sport. He will be sadly missed.” RIP Ross